Money transfer apps used to be only on the mobiles of people living abroad.

With that, a few problems usually arose.

The main one: which app is the best for you?

That’s why today we’re reviewing two of the most popular financial technology apps: Paysend and Transferwise (now known as Wise). In this post, we’ll go through its main aspects and see which one is best.

But first, let’s see why anybody can be interested in these fintech apps.

Why do people choose a fintech app?

As we said before, the main reason why someone will use Paysend or Wise is to move money internationally. However, that’s not the case for everyone.

Besides transferring money, some people use these companies to keep their money. That’s because, unlike banks, they don’t lend out their customers’ money. So, your money will always be available to you in the normal course of their business. Even in the unlikely case that they become insolvent.

Plenty of people have had bad experiences with their countries’ banks and are moving to other alternatives. For those that don’t feel comfortable with cryptocurrencies, fintech apps can be an appealing option.

Paysend is a global financial technology (fintech) company that was born in April 2017. With headquarters in England, it currently serves over 6 million customers worldwide.

Its main partners are Mastercard, Visa and UnionPay.

Transferwise was created back in 2011 by two friends from Estonia and defines itself as an e-money institution.

According to one of its founders, they named it ‘TransferWise’ because their early customers were ‘wise’ to know their banks were charging hidden fees in exchange rate markups. Now the company’s focus is on making users’ money borderless, and so it changed its name to simply Wise.

Besides transferring money, with Wise you can make mass payouts, invest and access to budgeting and analytics. 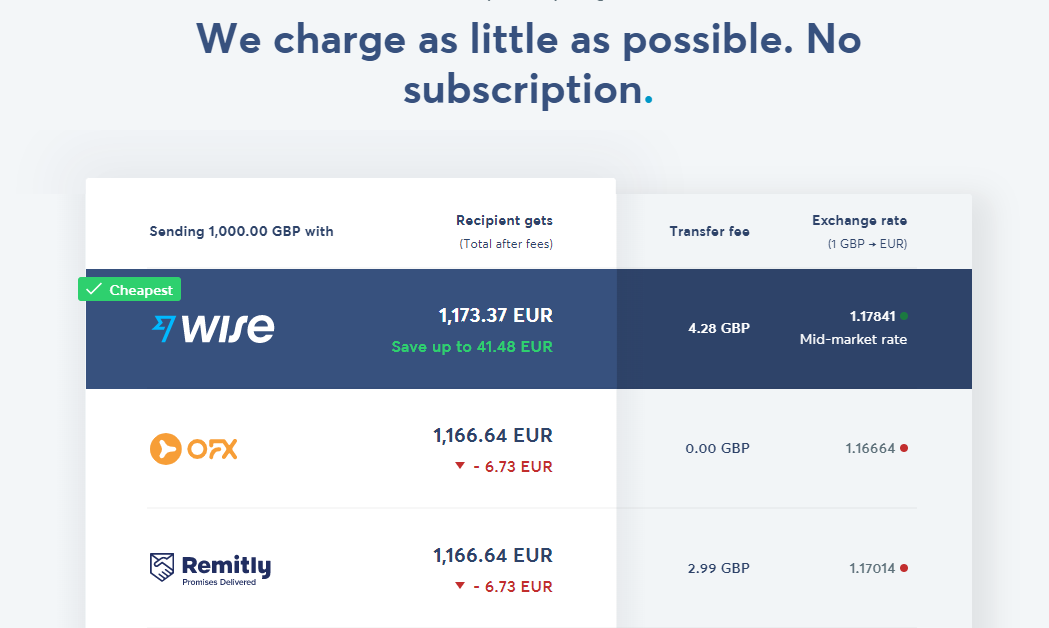 Paysend charges fees that vary depending on when you send the payment. Usually, Paysend domestic transfers in the US cost $2 USD if they’re under $200 USD in value, with a 1% charge for larger payments.

The fee is okay, but it’s not the best.

As to their prepaid debit card, it generates interchange revenue.

Wise exchange rates, on the other hand, are constantly changing.

In fact, they give you the option to sign up for their exchange rate alerts. That way, you get a daily update on the exchange rate or set a target exchange rate so that you can transfer at the right time for you.

Wise fees are the lowest there are in the market, and they make sure to show you what’s the fee each time you send payment. That’s how they’ve built a reputation of being impressively transparent.

When it comes to money, you want the process to be as fast as possible. Paysend payments to card accounts typically arrive within 30 minutes of being processed. However, transfers to banks can take up to 3 days to arrive.

Wise transfers, on the other hand, usually arrive within a day.

Both Paysend and Wise are regulated by the Financial Conduct Authority (FCA) in the UK and similar authorities in each country they operate in. They also have 3-D Secure authentication, so you can pay online securely.

Paysend is also certified by Visa and Mastercard, and all transactions and customer data are protected in line with the highest PCI DSS level of compliance (PCI DSS Level 1).

And Wise has a dedicated anti-fraud team to keep your account safe from even the most sophisticated fraud.

Paysend offers PayLater. This feature allows you to redeem money for goods and services purchased within the last 30 days from one of their selected merchants. You can then pay the money back up to 14 days later with no interest.

You can make a PayLater payment in merchants such as Amazon and Airbnb. But users interested in this feature need to be eligible by Paysend. Their team will have to verify your identity and perform a soft credit check to let you use it.

Assets is Wise’s newest feature. It allows you to switch the money in your Wise account from cash to stocks and invest in big companies like Tesla, Google and Apple.

One of the advantages of Assets is you can instantly access the majority of your money at any point you want. So, it gives you the flexibility and convenience of a current account, with the potential gains of investing.

Paysend integrates with super popular wallet apps like Google Pay and Apple Pay. This is not the case with Wise. Wise cards work with Apple Pay in some countries, but not all of them. However, they are working to change that.

Moreover, the platform does integrate with Aurelia, Juni, Kubera and other not-so-popular apps. And you can use your account details to receive and manage your earnings from PayPal or Amazon.

Both Wise and Paysend are available in multiple languages, supporting almost the same number of languages (Wise supports 17 languages and Paysend, 16).

Wise has apps for iOS and Android, whereas Paysend can also be found in the AppGallery (by Huawei). You can also send money by simply using a mobile number via Paysend Link.

Customer support is available on both platforms via live chat and phone calls. Reviews are proof of how excellent the teams in Paysend and Wise are.

Keep in mind that, like with traditional financial entities, phone support works only on weekdays during office hours. 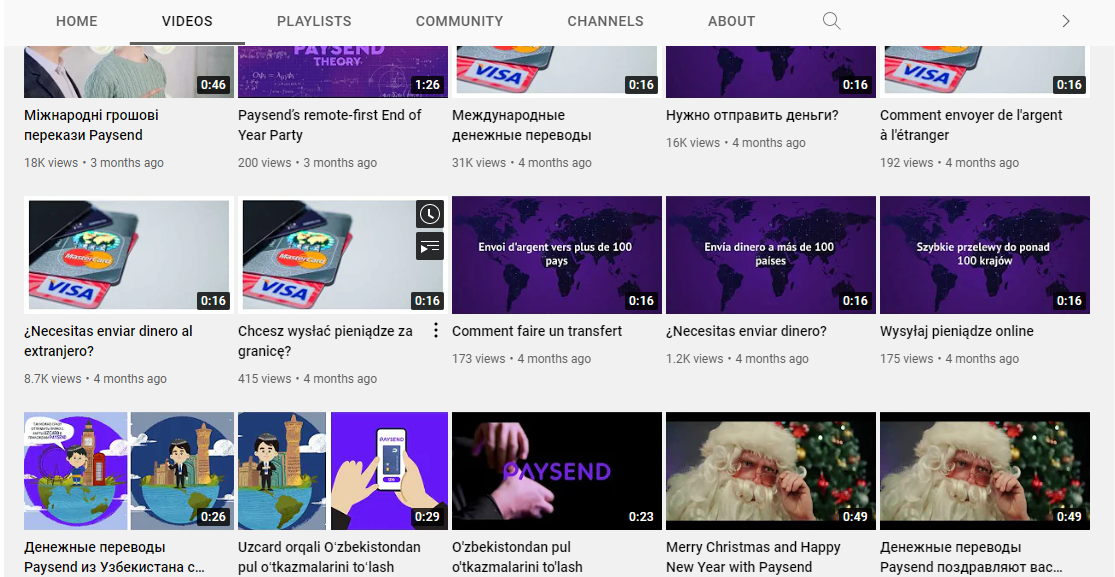 Wise has some YouTube tutorials for sending money abroad and using their Asset feature.

However, Paysend offers users a more complete series of tutorials, since it includes videos in different languages like French, Chinese, Russian and Spanish. Moreover, they are quite active in the comments section, so you can leave any doubts and they will answer you! 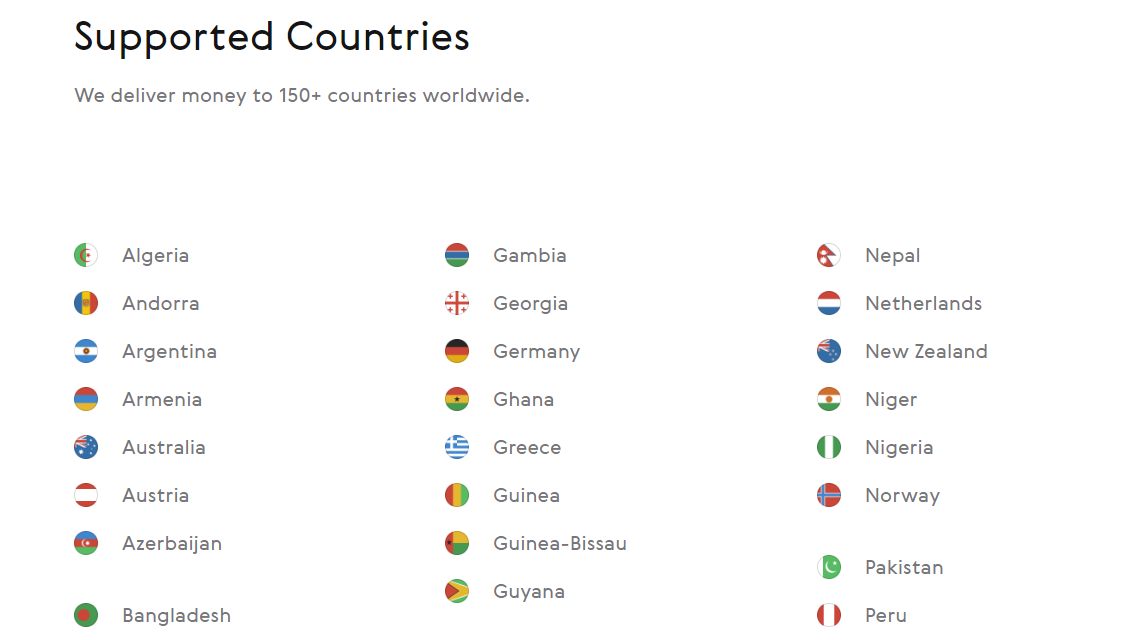 However, when it comes to the countries you can actually send money to, the differences begin. While Wise supports 80 countries, Paysend supports more than 150 countries worldwide. So, let’s say, if you want to send money to Nepal, Azerbaijan or Macedonia, you’d want to use Paysend.

The same goes if you’re thinking of using a debit card. For example, I live in Argentina and I can hold and convert money using Wise, but I can’t access its debit card feature. So make sure you check where your country stands for Wise if you go with it.

Moreover, due to the recent sanctions, Wise has suspended its money transfer services in Russia since February.

It’s clear that both Paysend and Wise are great, trustworthy money transfer apps. They offer amazing support and fast services.

However, they do have some differences. Choosing one over the other depends largely on where you are sending the money and whether you’re looking for a specific service or not.

As we pointed out earlier, if your country of destination is Nepal, you’ll have to go with Paysend for sure. But, if you’re in Europe and are interested in investing besides sending money or receiving it, you should totally go with Wise.

Even if they offered the exact same services and supported the same countries, there’s something undeniable. Wise has the best fees, and it’s the most transparent. So if they serve the country you’re sending money to, we totally recommend using Wise.

Have you tried Paysend or Wise? How was your experience? We’d love to know in the comments!