You might feel this social media platform isn’t for your brand or don’t know exactly how it works.

But the truth is, TikTok is an excellent place to truly connect with your target audience, and it’s very easy to use.

There are six different types of ads on Tiktok:

This is the ad that appears immediately after you open the app. It can be a static image or a video of 3 to 5 seconds. What’s particularly interesting about the brand takeover is that it doesn’t happen every single time you open the app, but only once a day. Which makes it have a very high demand.

These second types of ads are an intermediate option between brand takeover and in-feed ads. Top View ads appear on the “For You” page after about 5 seconds of opening the app. They usually last 60 seconds and include Call-to-Actions (CTAs).

While the user is scrolling through the never-ending-TikTok list on the “For You” page, an occasional video ad will be displayed. The ad blends into the feed and it needs to be immediately engaging. That’s why, although the ad can be 60 seconds long, TikTok recommends you keep them between 9 and 15 seconds in length.

Like on most social media, inviting users to participate in a challenge is a great way to draw engagement. It’s a perfect opportunity to put the focus on users and their own creativity.

You can start a branded hashtag challenge at any point of the year or on special occasions like Valentine’s Day or at the start of summer.

Since TikTok is predominantly an app to record videos and uses effects in the process, brands sometimes decide to create their own effects. This is a great way to advertise yourself, especially if you combine it with the branded hashtag challenge as some brands do.

Finally, there are spark ads, a type of ad not usually mentioned. This format allows you to boost organic content to maximize its reach and engagement.

Like in-Feed ads, Sparks can include a CTA. However, unlike other ads, viewers can go directly to the posting account and see other videos on the platform and engage even more.

This is different from In-Feed ads, which take you to a landing page. 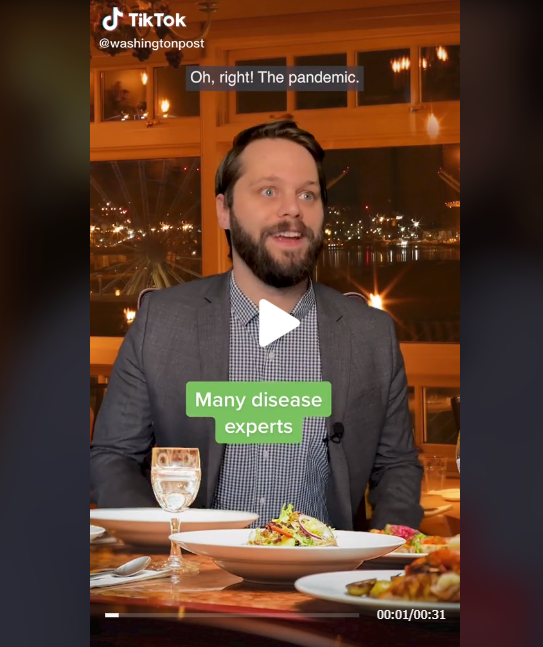 When we talk about a brand’s digital presence and especially its social media presence, we always say you need to be where your target audience is.

You can’t be everywhere, you need to choose. So, of course, if your potential customers are young, you need to be on TikTok.

However, even if you think your product or service is usually sought by a different customer base, placing ads on TikTok might also be a good idea.

Brands like the Washington Post have TikTok profiles where they advertise serious issues in a funny and casual way to reach younger audiences. And guess what? They have more than 50M likes.

Although newspapers are still a bit reluctant to join Tiktok, Washington Post gave it a try and it’s succeeding in the young-audience-dominated app. Their in-feed ads promote recent articles making funny skits. 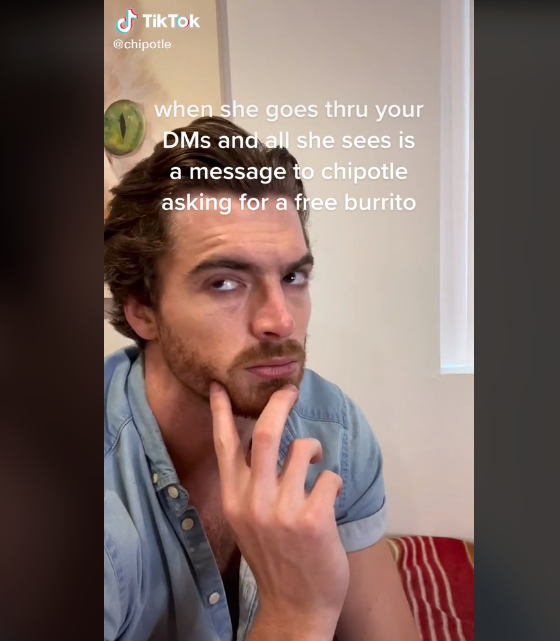 Chipotle combines top view and in-feed ads to promote their brand. These campaigns, alongside the overly casual vibe in all their videos, make their engagement rates super high.

Their content is humorous and light-hearted, which fits perfectly on TikTok. 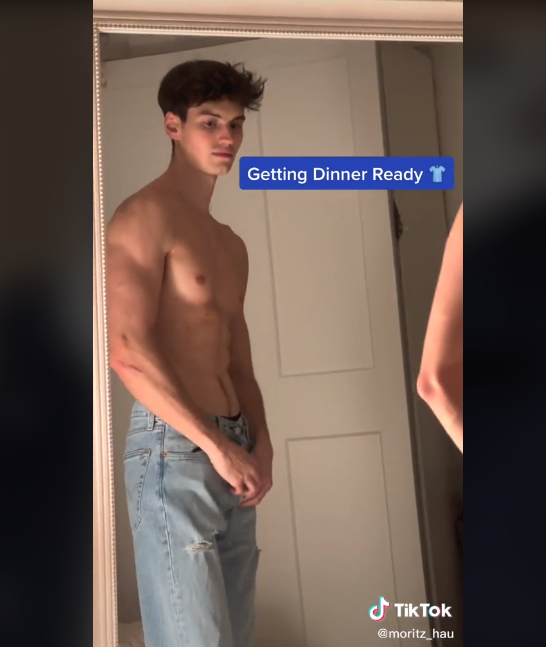 Levis has used the hashtag #liveinlevis ever since it joined TikTok. The brand challenges audiences to upload their own videos channeling their inner voices while wearing Levi’s outfits.

The hashtag has already reached thousands of views and creators love showing off their Levi’s items on TikTok. 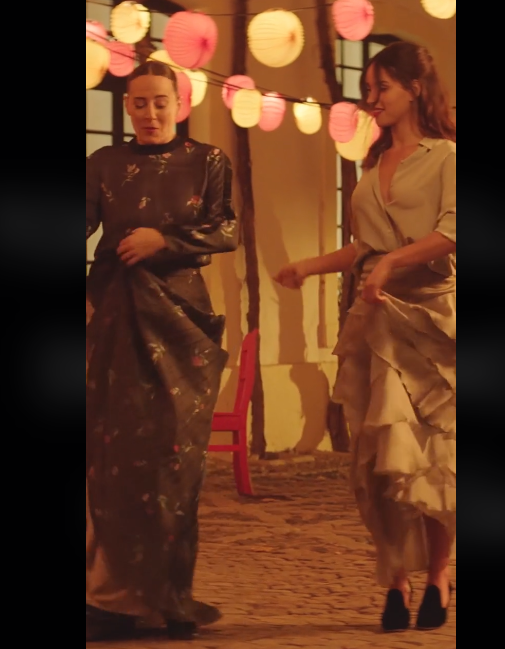 Promoting their new fragrance, “On my way”, Armani released an ad campaign on TikTok with the motto “Take off on your own journey of discovery”. They offer different encounters depending on your location.

In this case, Armani offers a Flamenco class with a dancer in Sevilla. The ad is clever since it doesn’t mention their perfume up until the end and instead focuses on a special opportunity for the user. 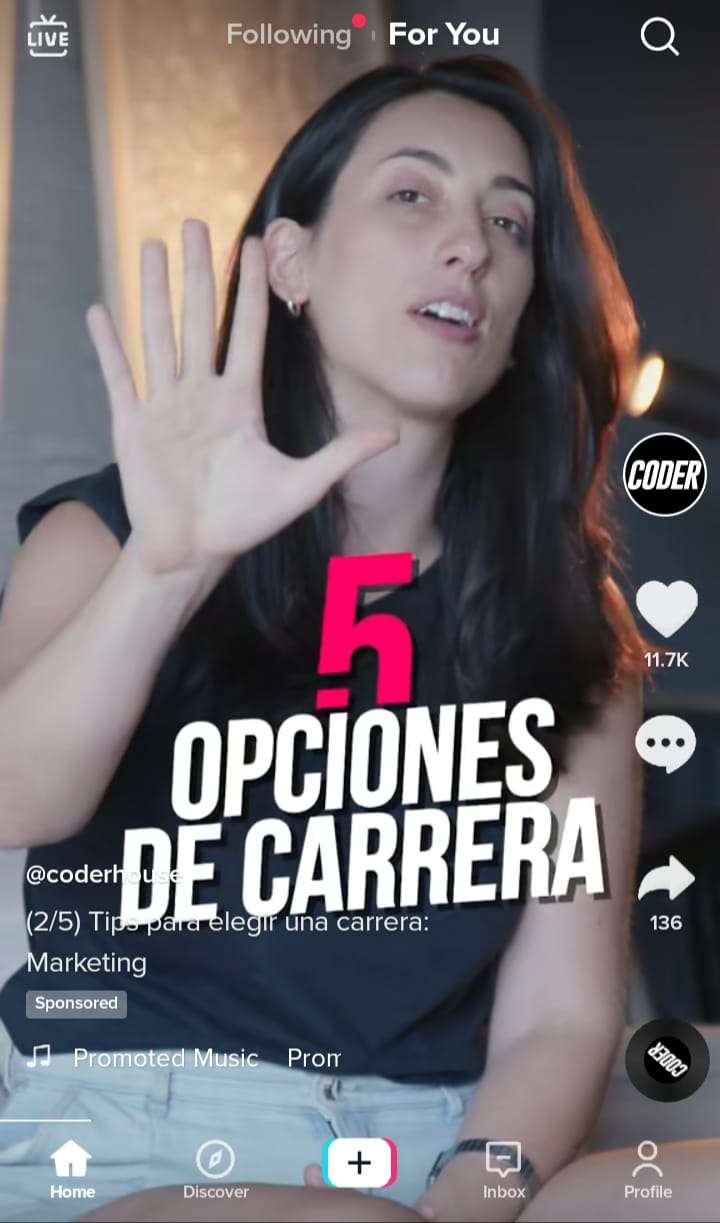 Coderhouse is a Latin American company that offers coding courses.

Their customers are usually young adults, so naturally, they decided to advertise on TikTok. The ad features a woman talking about what careers you’ll be able to pursue if you enroll in one of their courses.

It’s particularly efficient because it addresses the viewer directly and mentions the fact they like social media, so it feels personal as well as informative in less than 60 seconds. 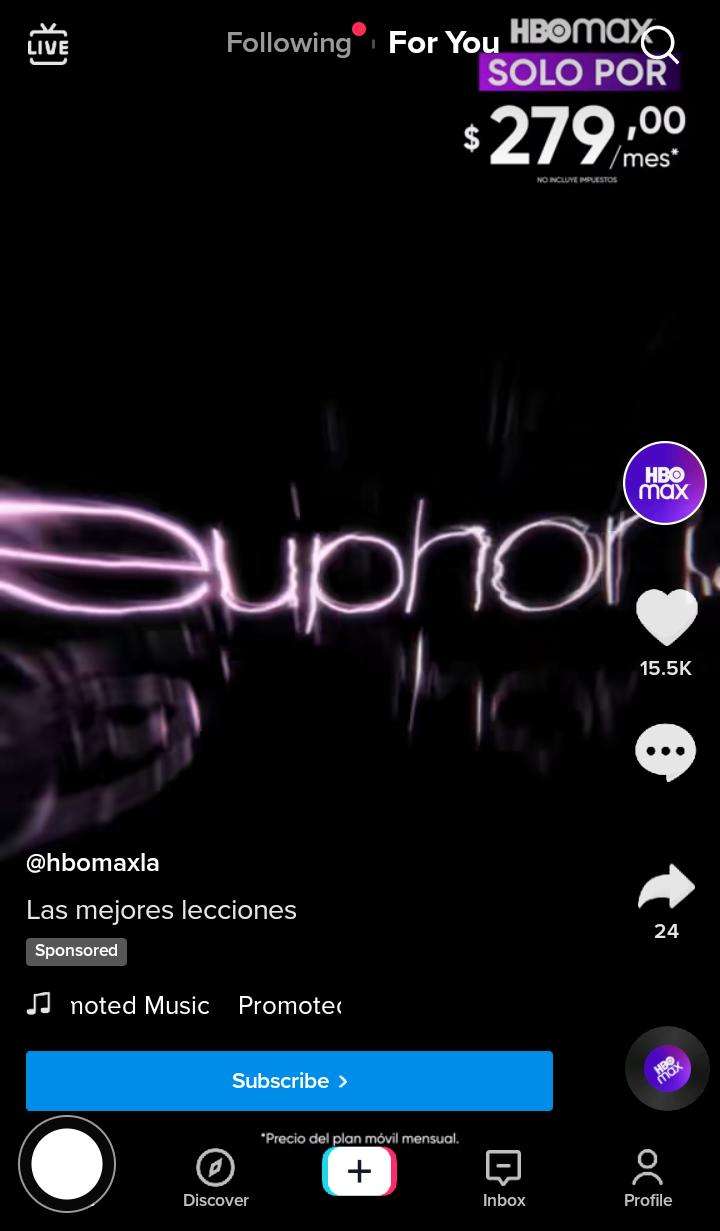 With the new season of Euphoria on air these weeks, HBO knows everyone on the Internet is talking about the series.

This is the perfect moment to target potential new viewers, and that’s what this ad does. In less than 10 seconds, the users get a look at some shocking images that would likely inspire curiosity for the show. 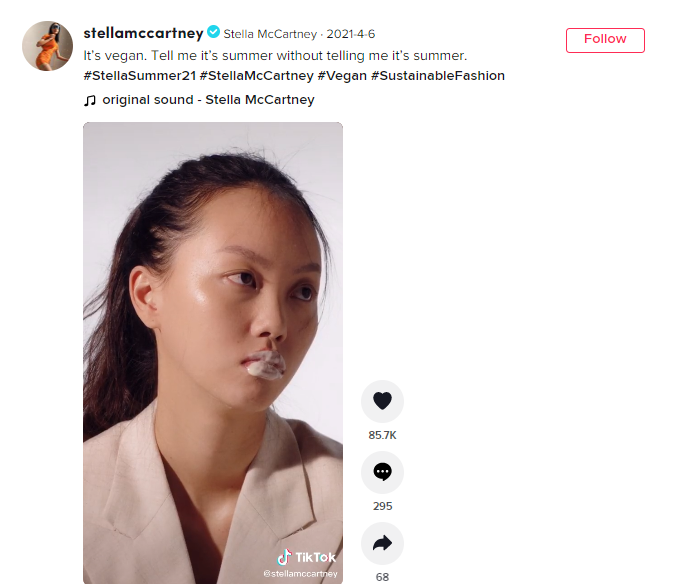 Plus, something that earned it extra points was its aesthetics, an aspect that the TikTok community held to high standards. The ad is so pretty it could have been part of a Wes Anderson film. 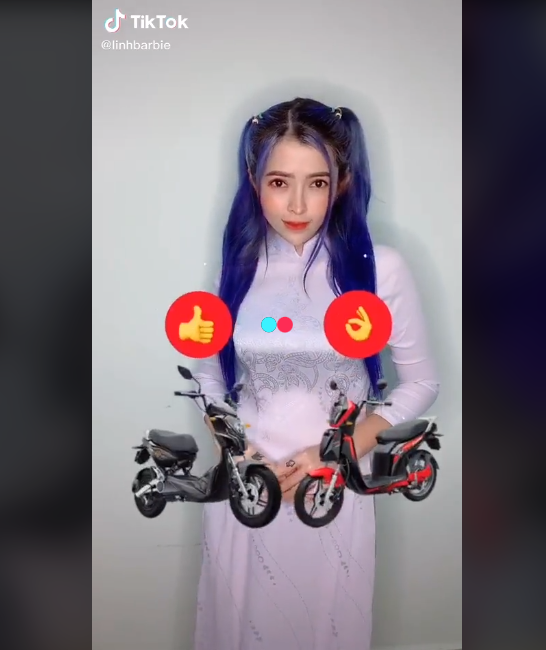 In 2020, VinFast E-Scooter, a Vietnamese brand, launched the #Phieucungxechat Hashtag Challenge. The users could “virtually” test their products using the branded effect. Moreover, participants had to choose between two scooters and perform choreography.

101,000 videos were generated and 200 million total views of the challenge’s videos.

If you’re a brand as big as Boss, you can afford to spend some money.

Their 2020 Christmas campaign was memorable for many reasons, including the release of an original song called -you guessed it- “Boss” by LODEF ft. Fleur East. With the hashtag #MerryBOSSmas, participants were encouraged to upload videos preparing for the holidays. 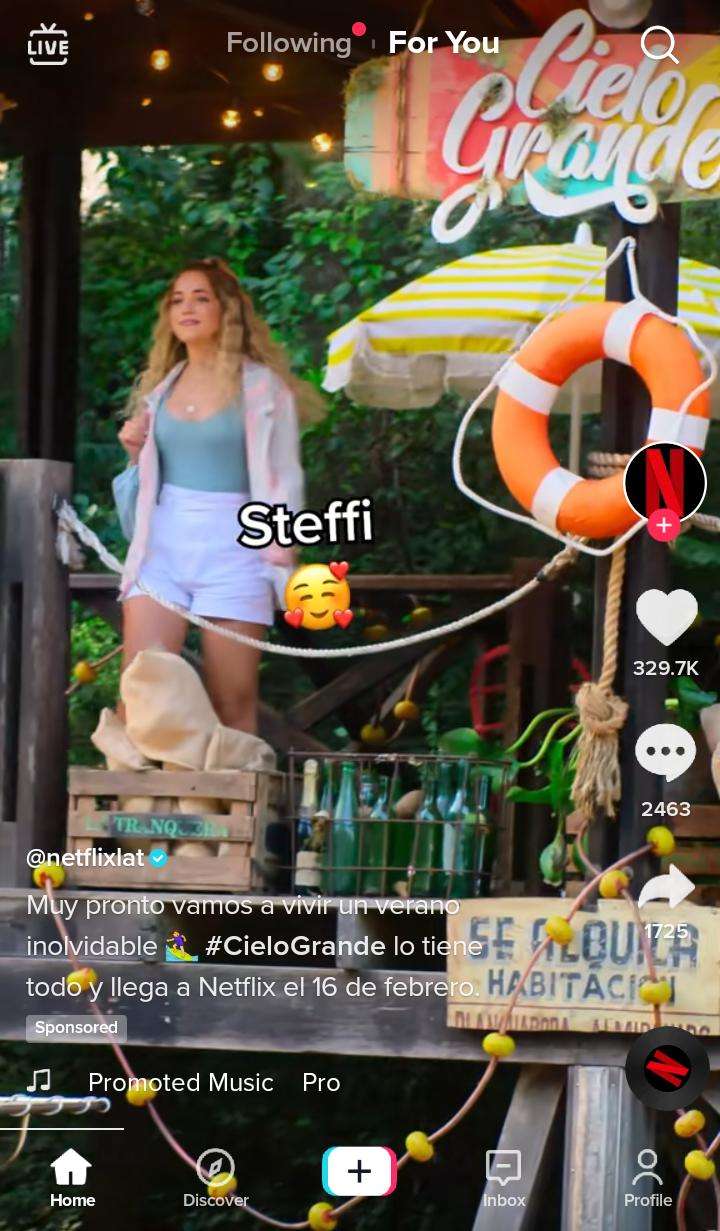 The ad is particularly appealing to viewers thanks to its funny tone: they used emojis and comments over the trailer, making it seem like you’re already watching it with a friend. 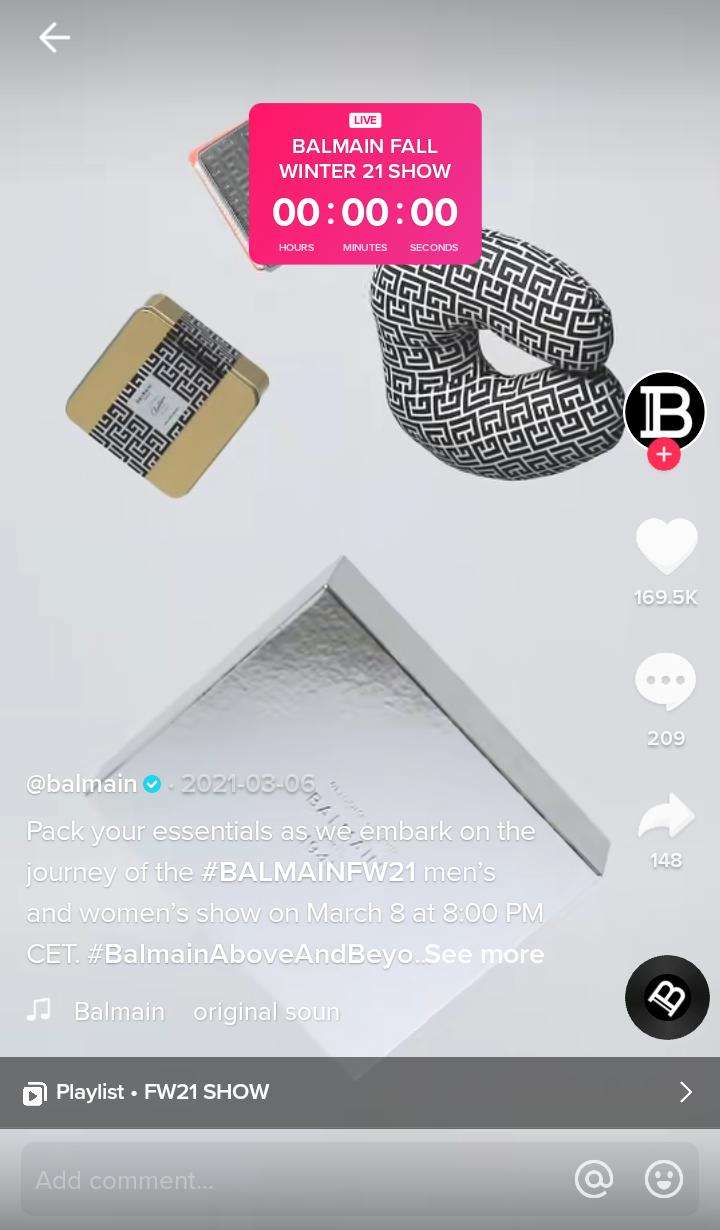 Last year, Balmain had to get creative and showcase its latest design virtually. That’s why they decided to do a TikTok live fashion show.

As the live stream was taking place, users would see in-feed ads promoting the show and a CTA that would take them to see it. This provoked urgency and resulted in high engagement rates. 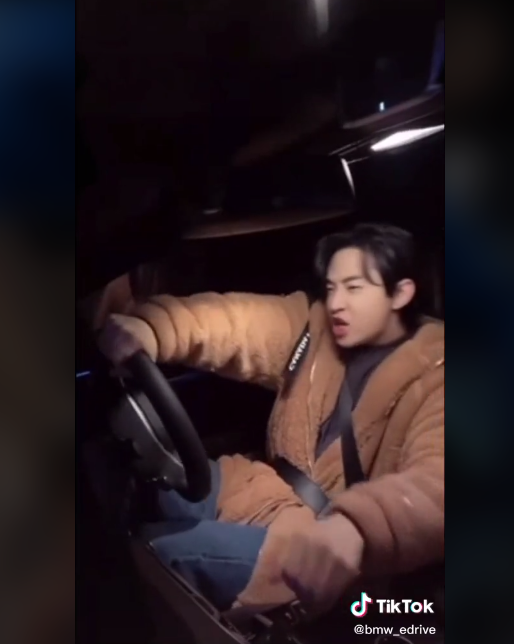 This world-class automobile brand partnered with Henry, a popular K-pop musician, and created an impressive ad campaign. The campaign centered around Henry producing a remix of the popular song “Thunder” by Imagine Dragons using only sounds from the BMW eDRIVE.

Under the hashtag #BMWeDRIVE, participants were encouraged to create music in a similar way and share it with the world.

The campaign was so successful, it reached beyond the South Korean market that initially targeted it, and people from all around the world joined. 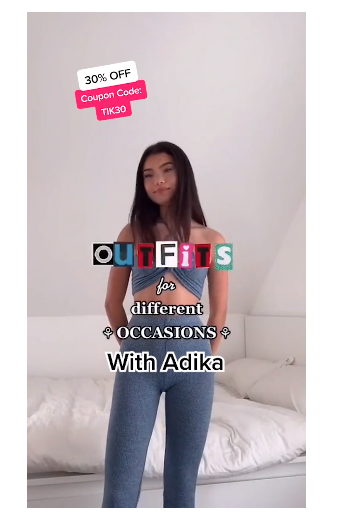 Adika is an online fashion brand that’s located in Israel. After the iOS 14 update, Adika needed to change the performance of its ads and optimize monetization.

That’s why they decided to promote their outfits by combining an in-feed solution and a dedicated TikTok coupon. The ad was not only highly effective, but the ROI measured 101% higher than regular ads.

Game developer Supercell has conducted a series of different ad campaigns on TikTok. However, one of their most interesting strategies was leveraging the organic excitement of Brawl Stars content on TikTok.

This is a perfect example of how to use fans to promote your product. Creators were already making videos playing their game and Supercell simply ran Spark Ads, boosting their TikToks reach. 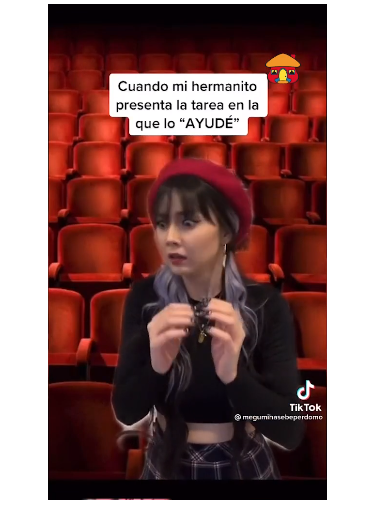 Davivienda is a Colombian bank that’s the first brand in Latin America to use a Spark Ads campaign. They invited seven creators to mimic its hit TV ad “Papá Héroe” in which parents react to a kid’s unusual and funny speech at a school auditorium.

Their humorous and entertaining approach boosted engagement among GenZers and Millennials, and Davivienda’s profile reached 37 times more followers than when it first started.

TikTok is a young and powerful social media platform. With multiple types of ads and a hyper-engaged public, it’s the perfect place to connect with Millennials and GenZers.

Following the great examples in this post, we hope you feel inspired now to go ahead and start an ad campaign yourself! Remember, a casual and funny tone will take you far on TikTok.